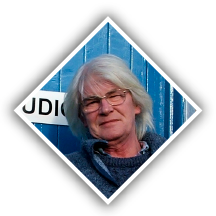 Born at Langcroft Farm near Lauder in 1949, he grew up in the rolling Border country until his first sojurn into the world of work, sailing the world courtesy of the Royal Navy.  After some years he was back on dry land and tackling many jobs, (newspaper photographer, printer, farming), while all the time teaching himself to draw and paint. He went back to his studies at “Night School” and his art education followed an apprenticeship style training with the artist and teacher Robert Fraser.  By 1979 he had joined the “Lothian Group” of artists, had begun to exhibit in and around Edinburgh and established his first studio. In 1980 he went full time as an artist.

It is however the rugged and wilder country of Scotland’s north west which inspires most his work and in 1992 he moved to Skye. Now, from his studio in Roskhill, just north of Dunvegan he looks out on Loch Braccadale with views south to Rhum and Canna and the Skye Cuillin and north to the strange flat topped hills known as “McLeod’s Tables”.    He says, “It’s the quality of light here and the constantly changing weather, I could paint the view from my window a hundred times and each would be different”.

John works in various media and likes to explore ways of applying paint and collage to create his interpretations of the elements that shape the Scottish landscape.  He works with waterbased media which allows a flow of ideas, from thin layered washes to thickly applied acrylic with collage integrated into the paint.  Work in oils has begun to feature again and some very effective images are produced with use of collage alone. 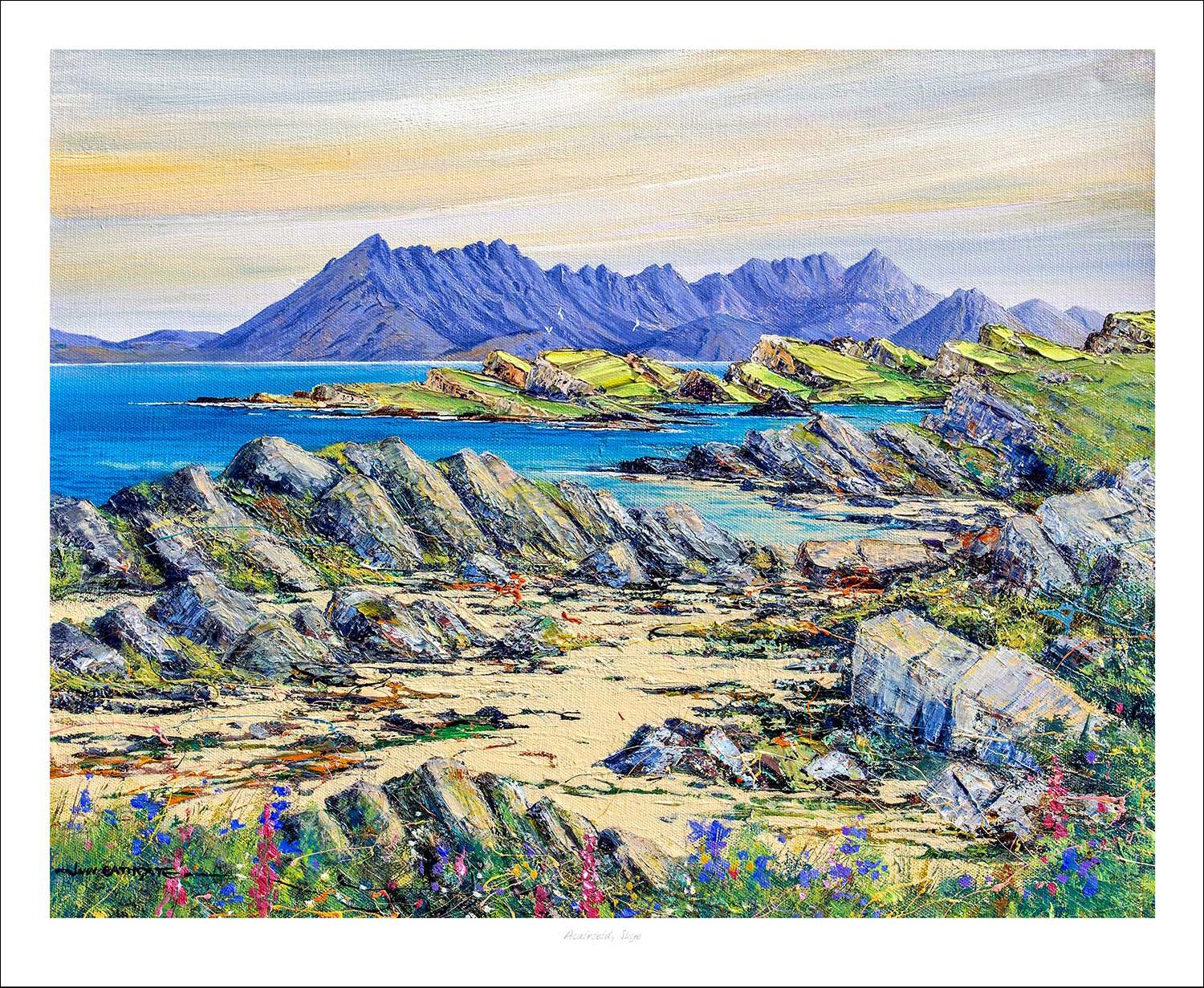 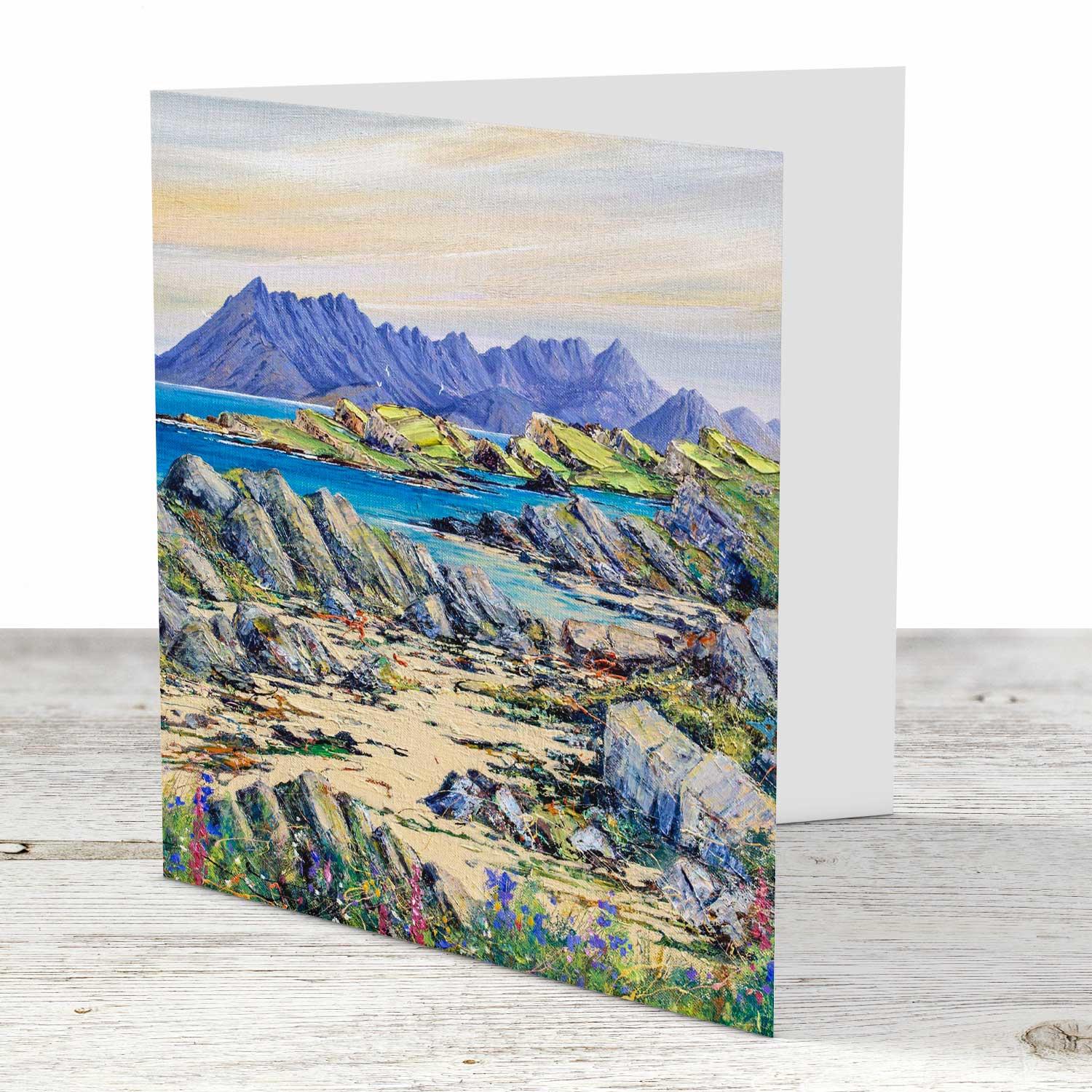 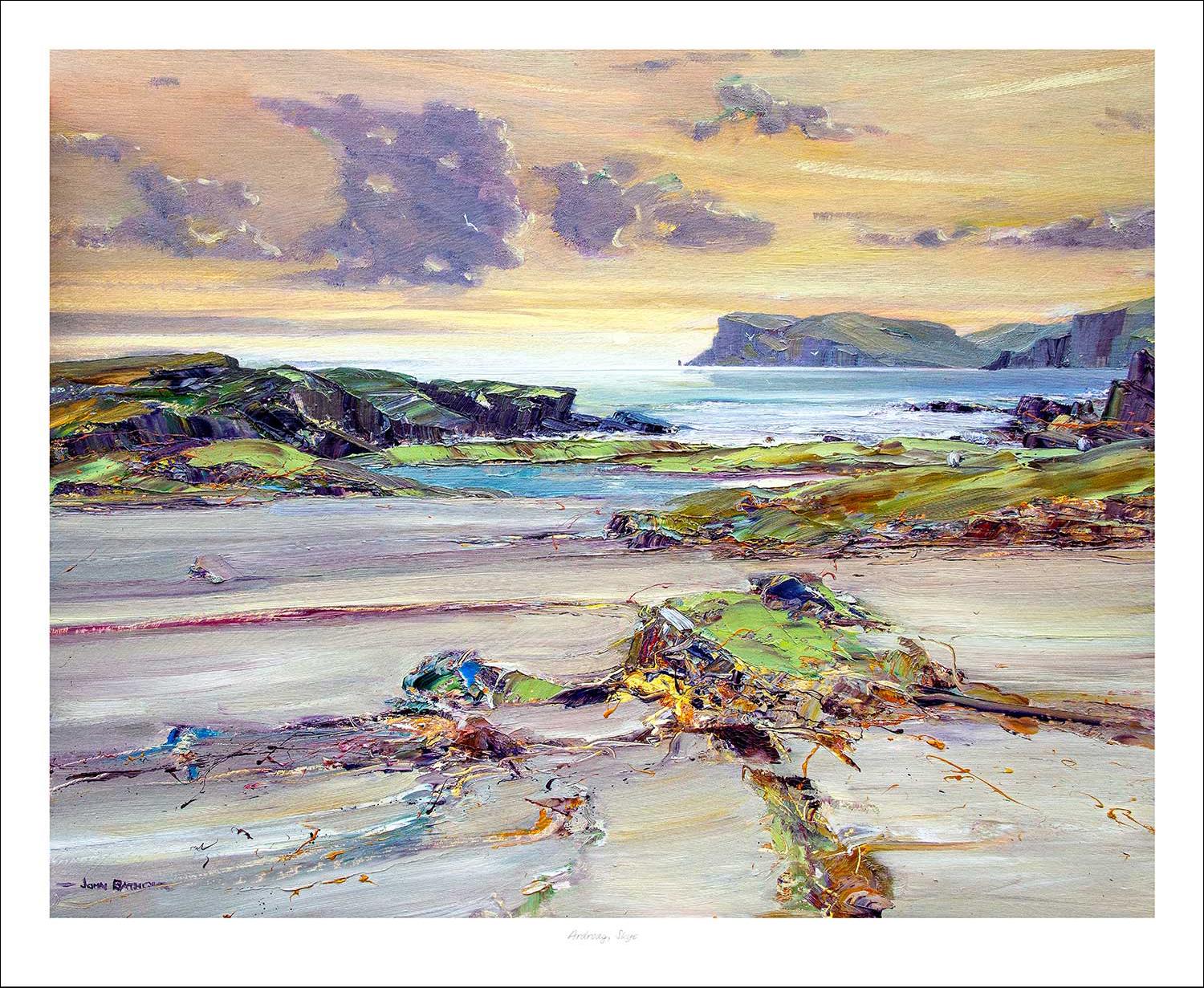 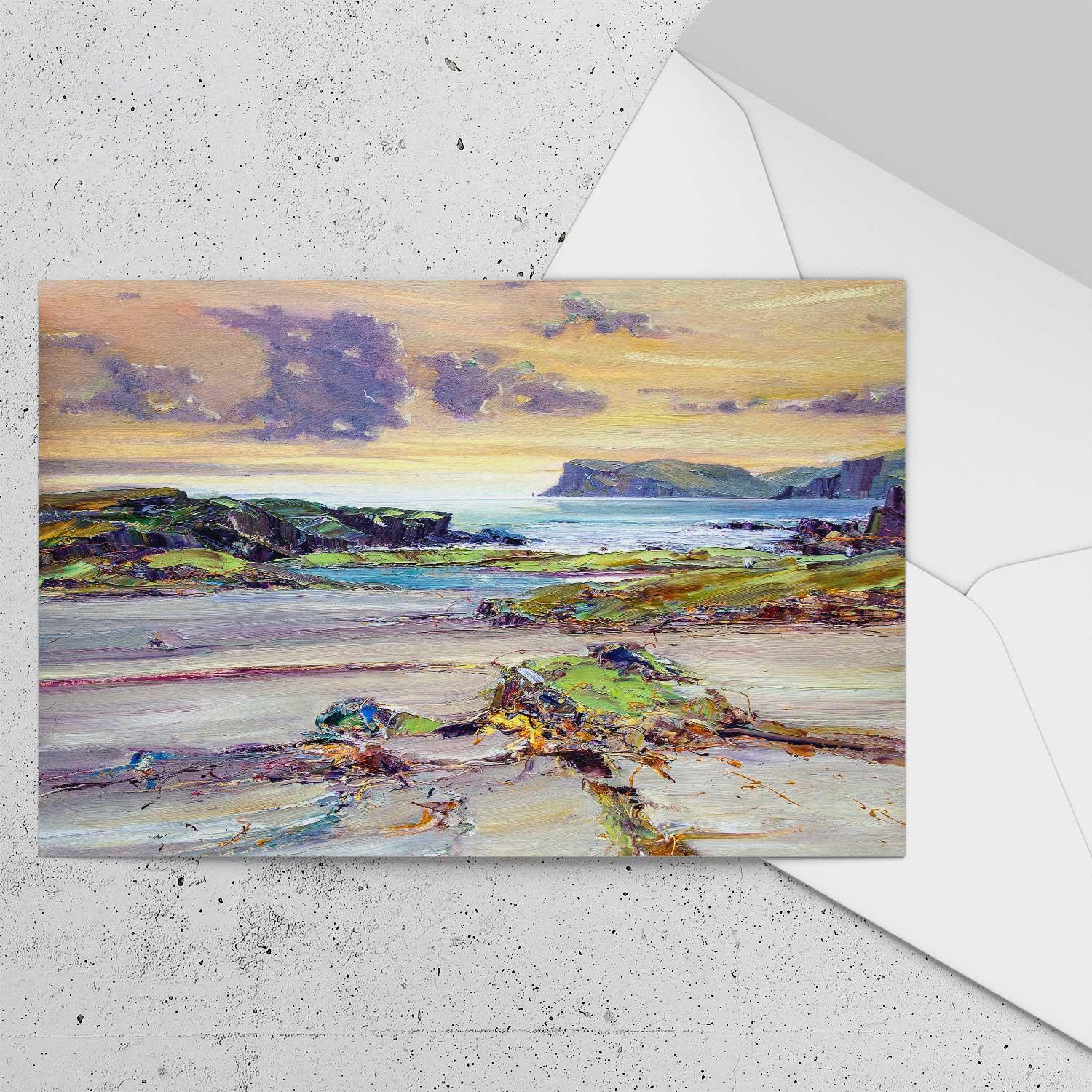 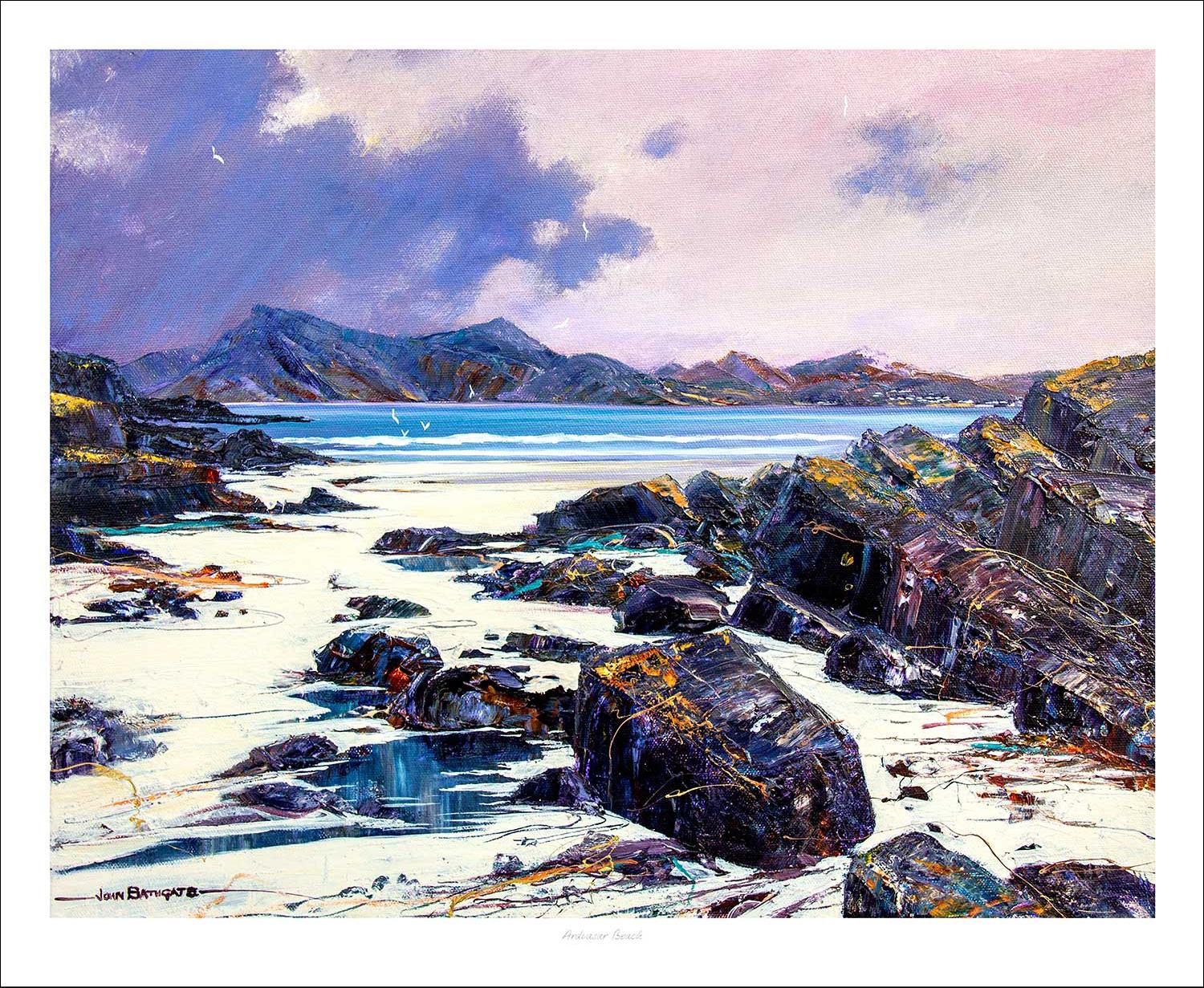 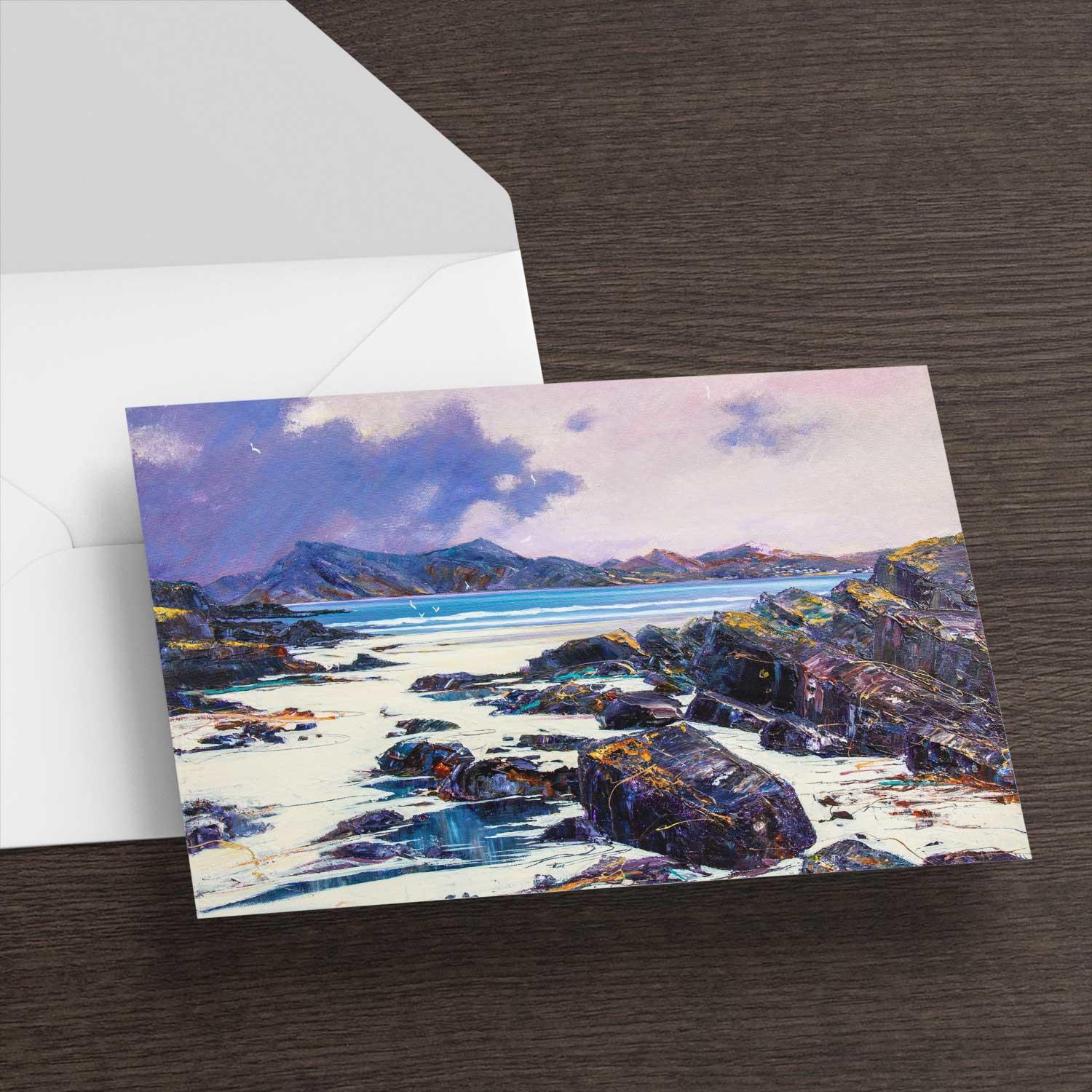 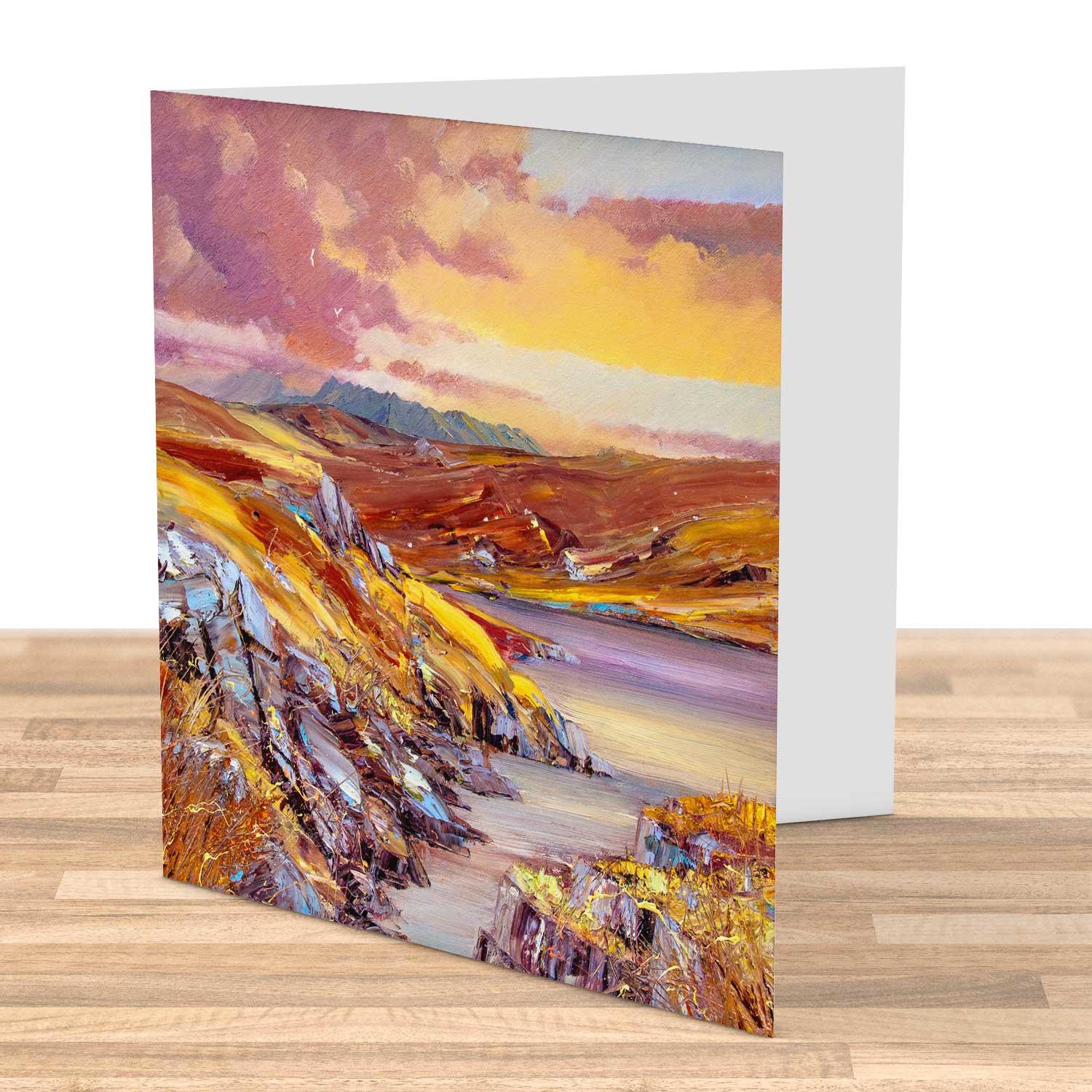 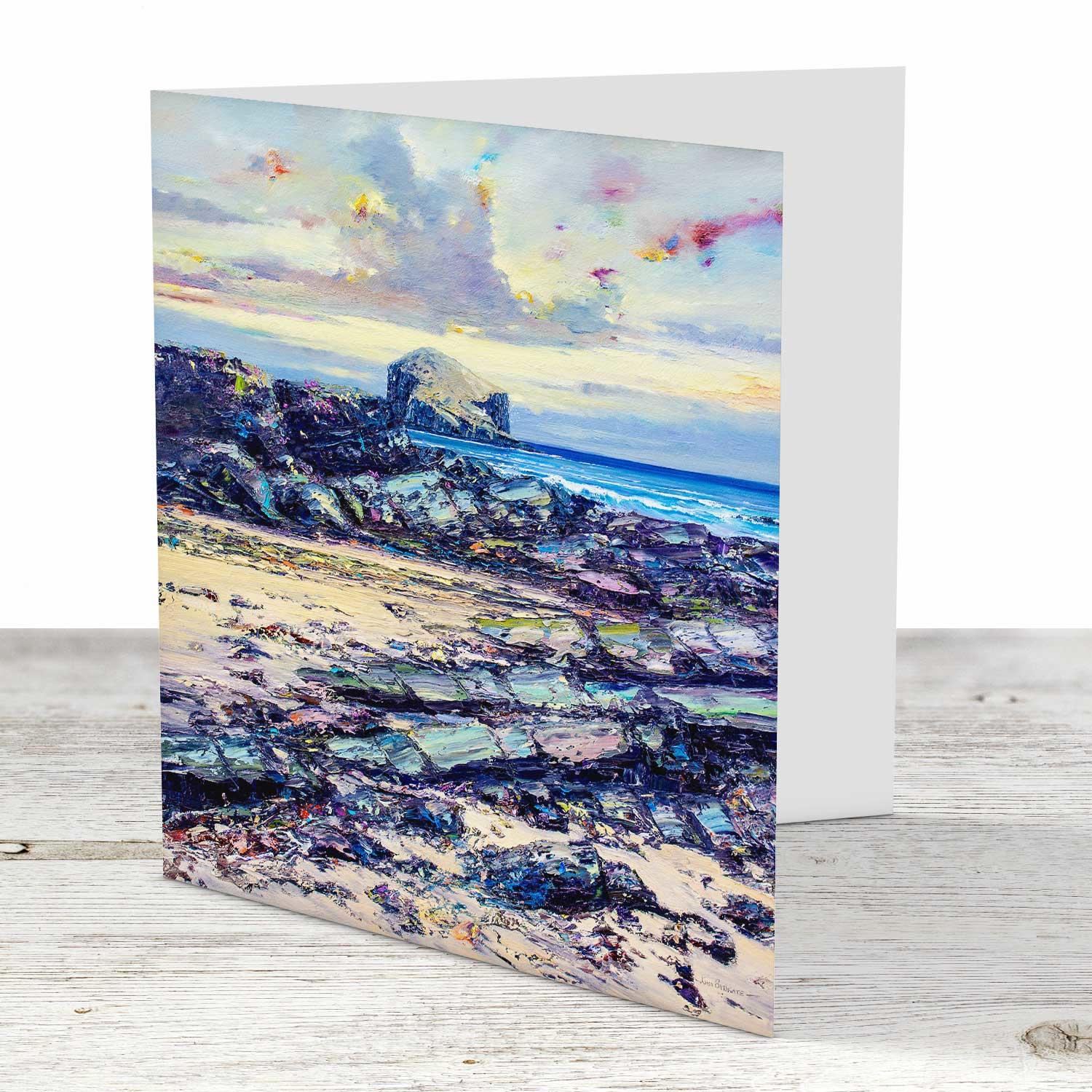 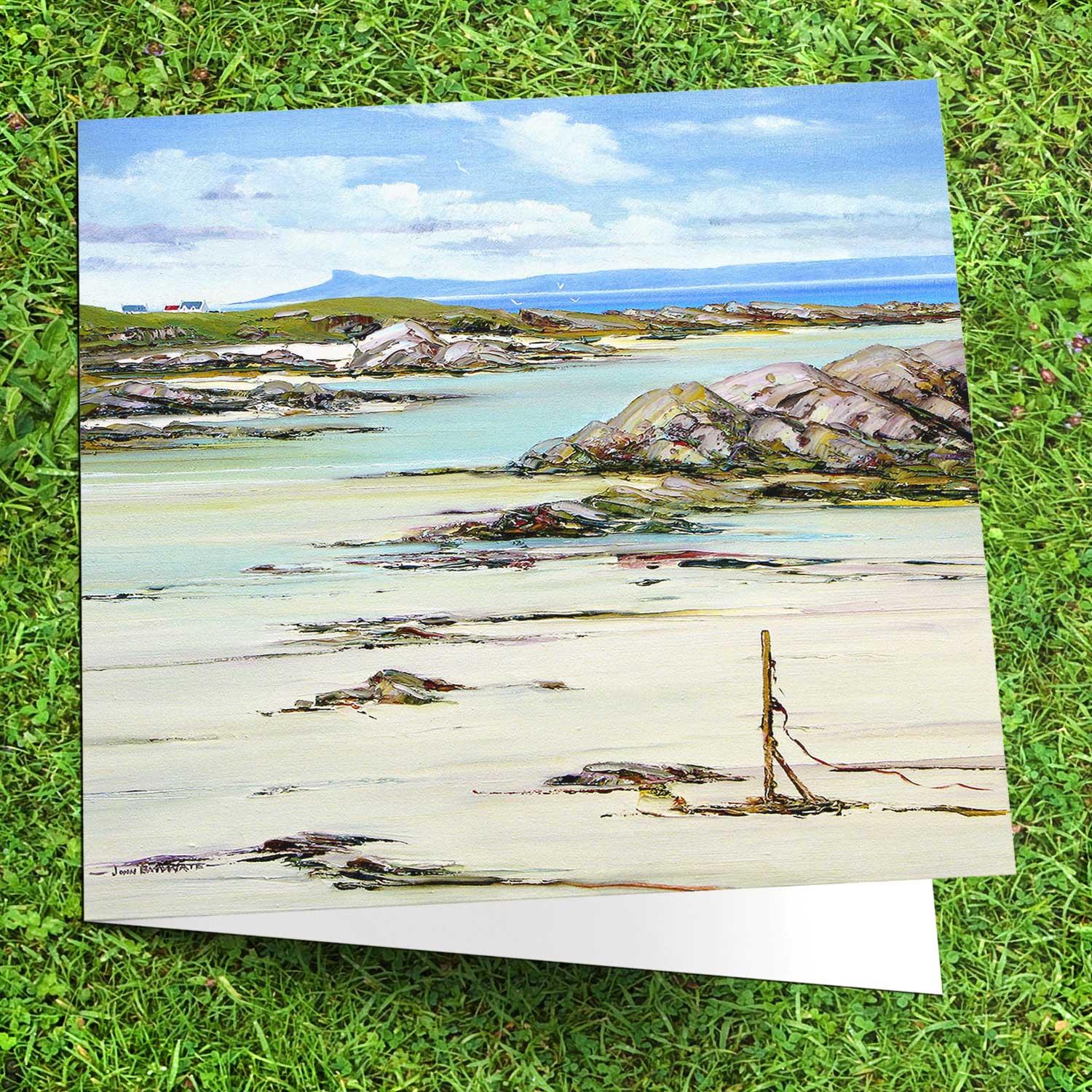 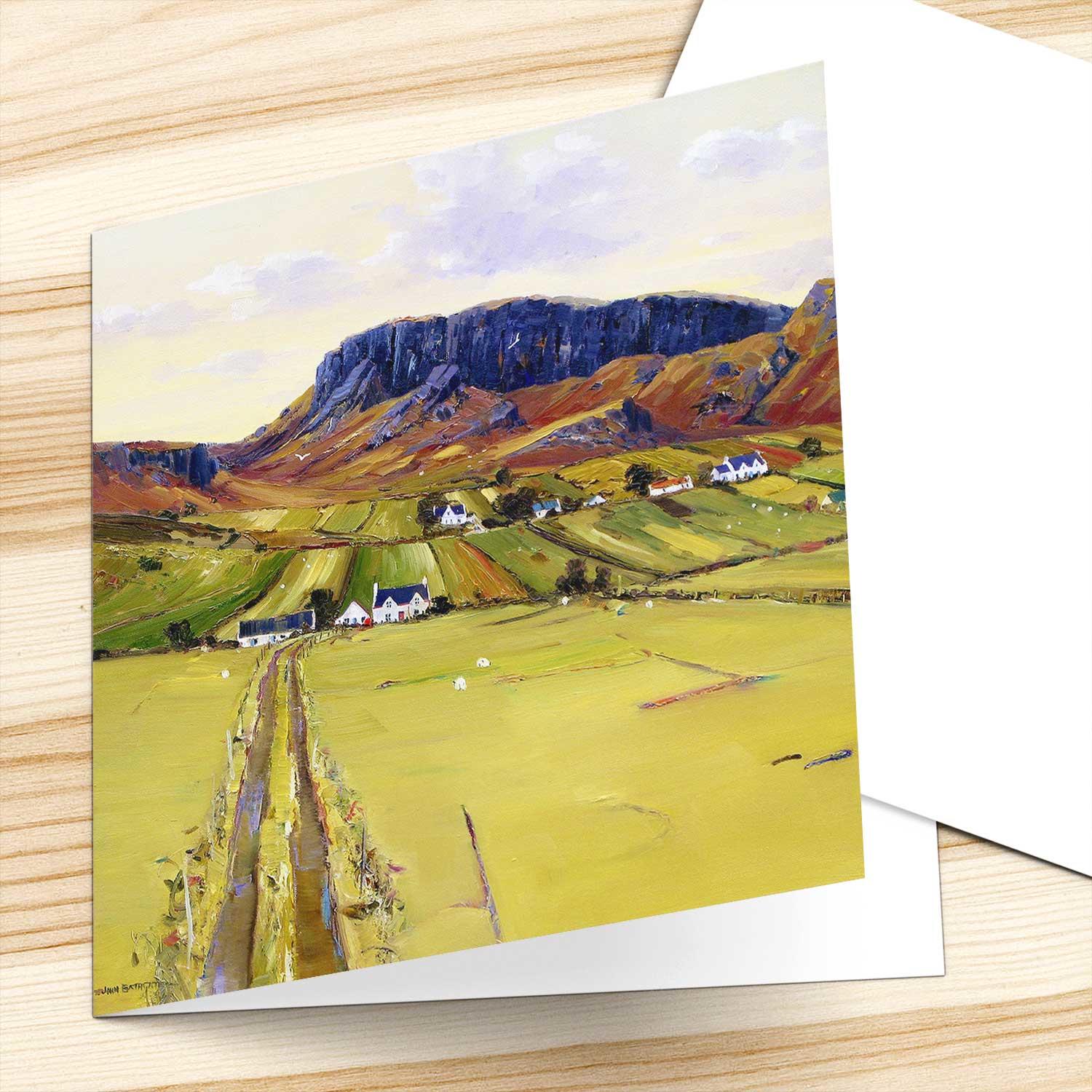 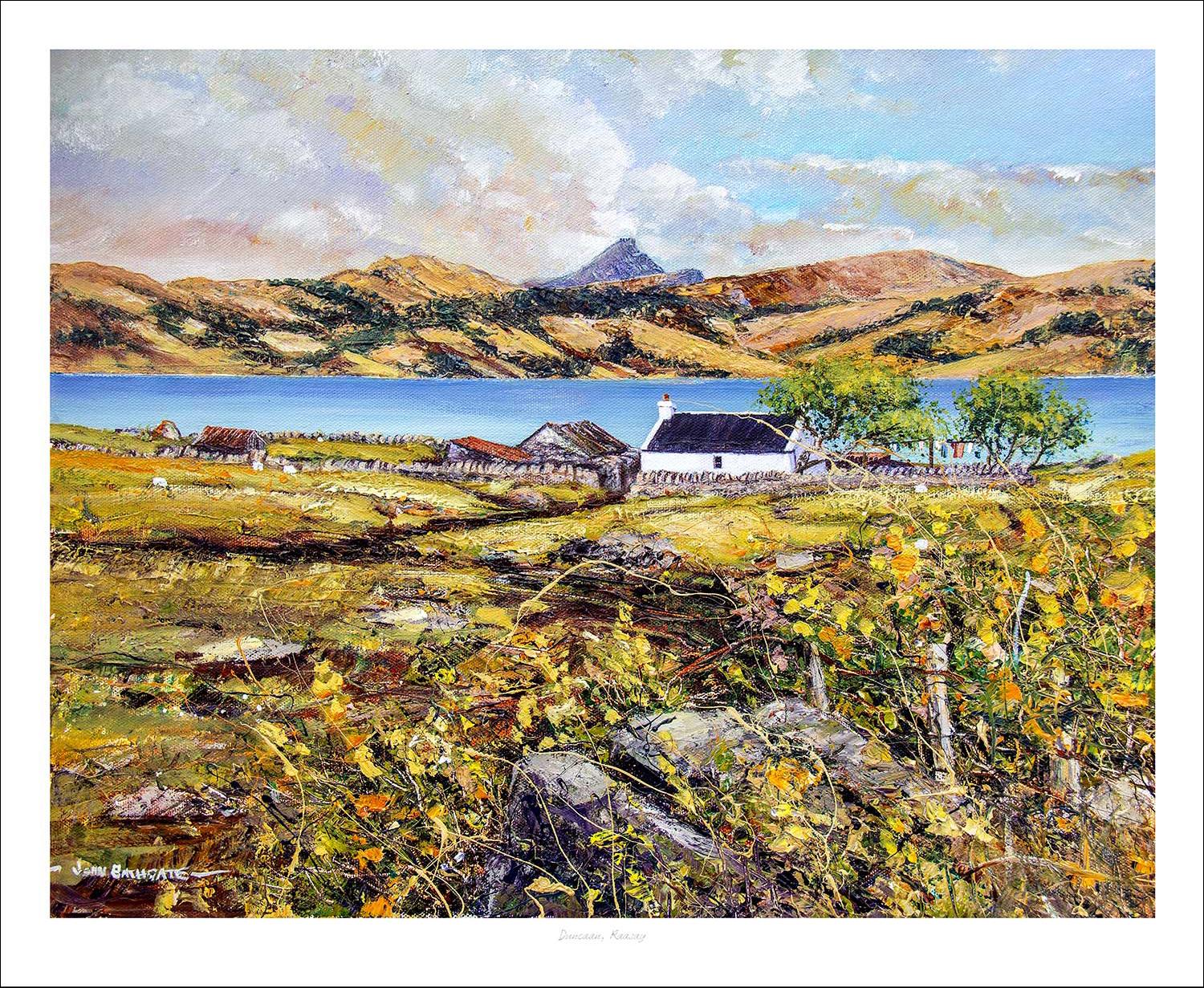 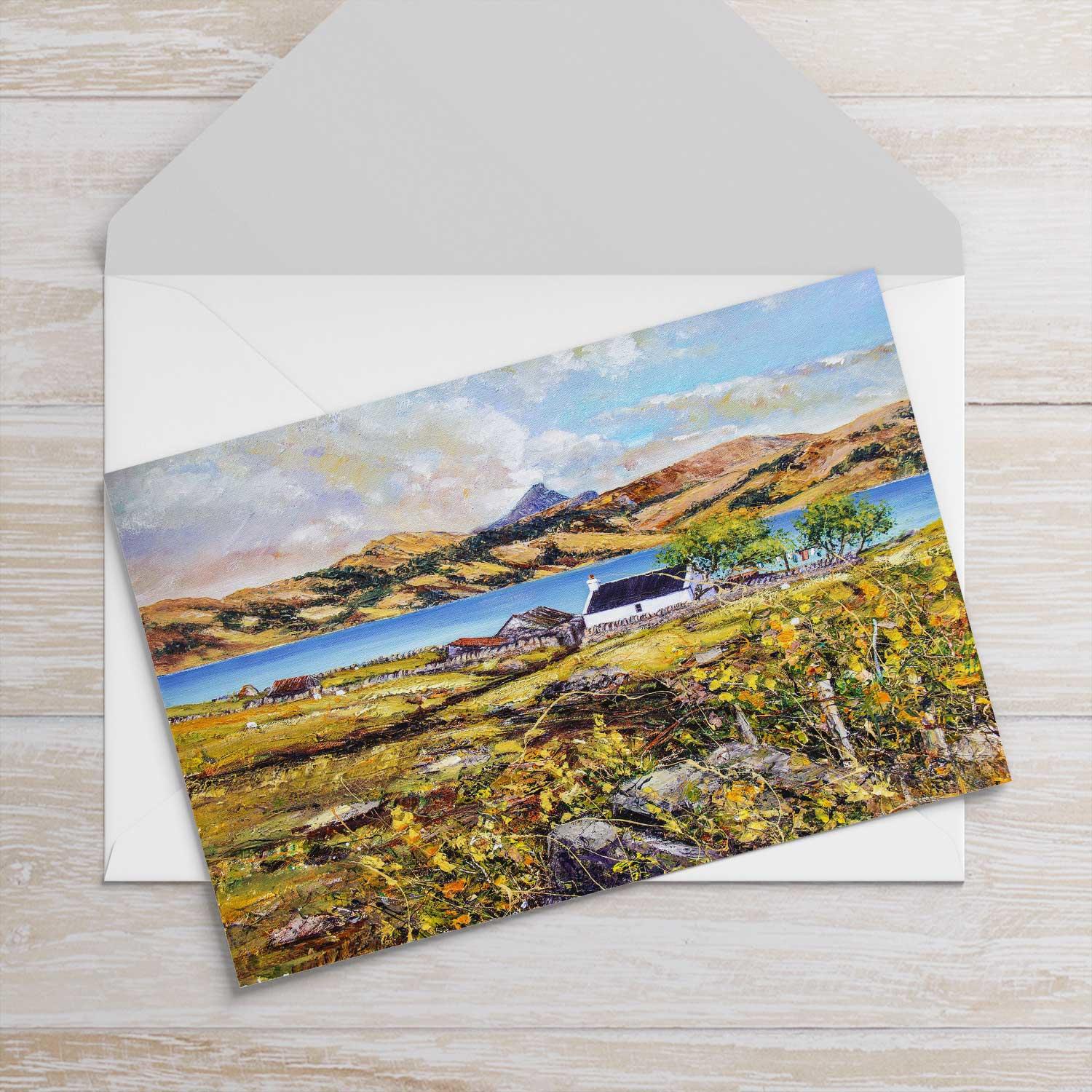 Approximate size: 7” x 5” Landscape Product Includes: Our greeting cards are supplied with an envelope, however to decrease our Carbon footprin...
$3.60
View details
X
This website uses cookies to ensure that you get the best experience on our website. Read our privacy policy.
I accept